Your “Diabolical Demoniacal Delineator Of All Things Horror-Mood” returns once again to this “Tomb Of Terror” called …The Horror-Mood… for yet another “Evil Entry” in this “Black Dossier” of a blog. This time around I am pleased to present to you a “Horror-Mood Horror Book Review”…


Quite frankly, I’m a monster kid… The era during which I was spawned to unleash terror on this planet was an era which saw the birth of Famous Monsters Of Filmland and the ensuing monster craze of all things monster related (including the birth and the “shudder” death of the Skywald Horror-Mood mags)… I wish I could say that all of you could have been there with me to live through those times, but alas, we don’t get to choose when we are born (I, however, have the great fortune of sharing the same birthdate (11/24) as Forrest J Ackerman, otherwise known as Forry to most people)…


As to my review, don’t bother reading any further! Just go out and buy this book now! That’s all you really need to know, but if you must read on, as follows…


Behind a beautifully illustrated and painted Paul Watts cover, the contents of the book proper are listed below and as you can see as you read through them, there is something for every monster lover past, present or future!... 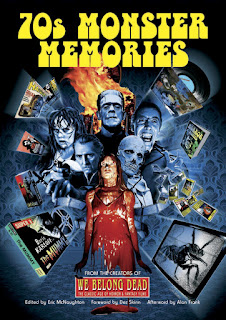 
The Stuff That Dreams Are Made Of by Eric McNaughton


For The Love Of Print and Paper by Vincent Simonelli


The Most Important Decade of My Life by John Llewellyn Probert


Zoinks!! (Or How I Would Have Got Away With It, If It Wasn’t for You Meddling Kids!) by Steve Gerrard


Horror Film Books of the 70s by Ian Taylor


The World of Horror by Cranston Macmillan


Aurora – The Golden Age of Monster Models by Robert Morganbesser 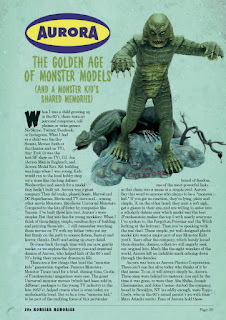 
He Was A Teenage Movie Critic: David Pirie by Darrell Buxton


Fanzines of the 70s by Richard Klemensen


A Time It Was: Dez Skinn Interviewed on House of Hammer by Tony Earnshaw


Something In The Night: The BBC Christmas Ghost Stories by Matthew E. Banks


Famous Monsters A Go-Go. An Interview With The Legendary Basil Gogos by Ernie Magnotta


Horror On Vinyl by Daz Lawrence 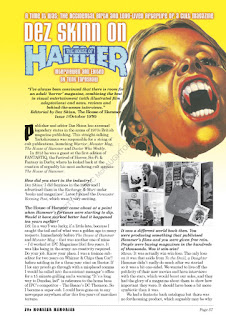 
The Monster Times For Changing Times by J.M. Cozzoli


An Invitation To Scaryland: The Horror Film Books of Alan Frank by Tony Earnshaw


The Legend of the 7 Golden Vampires LP by David Flint


Horror in the Cinema: Ivan Butler by Stephen Mosley 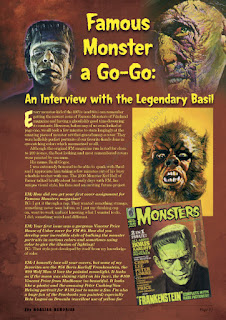 
Horrors From Screen to Scream by Paul Sparrow-Clarke


Softly, Softly Catchy Ripper. Barlow & Watt and the Investigation of the Whitechapel Murders by Clare Smith


Scary Humour with Cracked’s For Monsters Only by J.M. Cozzoli 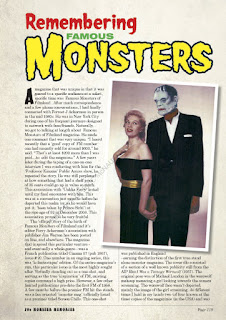 
Memories of the Loch Ness Monster by Timothy Mitchell


Reference Guide to Fantastic Films: An Appreciation by Darrell Buxton 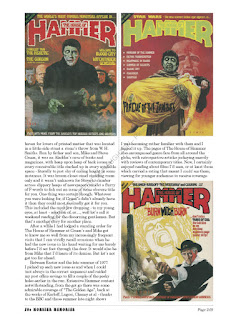 I Was A Teenage Monster Kid by Tony M. Clarke


1970’s Horror Vinyl:Releases in the U.S. by Ryan Brennan


The House of Hammer – A Personal Journey by Tim Greaves


Memories of A Pictorial History of Horror Movies by Peter Benassi


Marvel Comics & the Monsters by Moonlight by Martin Dallard 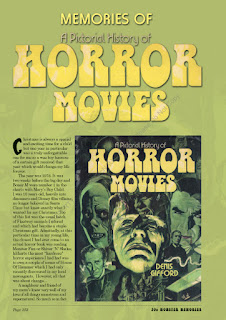 Memoirs of a 70’s Monster-Kid by Ernie Magnotta


Cinefantastique – The Most Fantastic Magazine of All Time by Randolph Brunson


My Journey Beyond the Vincent Price Screen Adventures by Peter Fuller


The Books of Calvin T. Beck by Douglas Whitenack 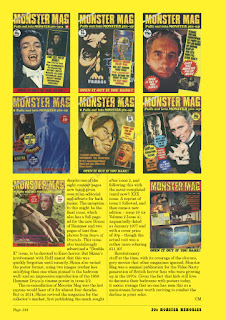 
Monsterkid Models of the 70’s by Eric McNaughton


Horror in Four-Colours by Jules Boyle


Movie Monsters: The Magazine with a Mortality by Rate Darren Allinson


But Was It Aaaaaarrrt?! by David A. Brooks


The New Avengers. The Acceptable Face of 70’s Horror by Cleaver Patterson 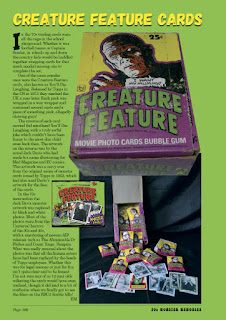 
The Horror People by Stephen Mosley


For Adults Only! by Cranston Macmillan


Terror on the Tube: American TV Horror Movies of the 1970’s by Steven West


The Thirteen Monsters of Aurora by Martin Cage 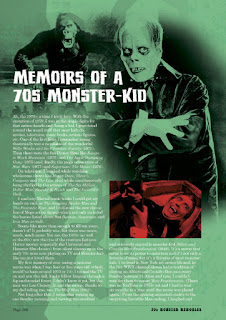 Monsters of the Movies Magazine by R. Bruce Crelin


Appointment With Fear by Wayne Kinsey 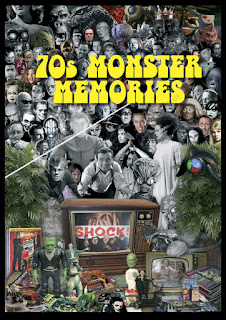 Eric McNaughton’s heartfelt/heartwarming introduction and editorship is flawless and seamless throughout as always, with an excellent foreword from Dez Skinn (he of House Of Hammer and Monster Mag reknown) and a fitting afterword from Alan Frank (author of many monster books)… I’d be remiss if I didn’t recommend you seeking out a copy of ‘A Pictorial History Of The Horror Movies’ by Denis Gifford, which proved to be the launching pad and inspiration for Mr. McNaughton’s gathering of all things monster… All of the authors (some whom you may be familiar with) entries are well written, informative and highly entertaining…


As to the look, design and layout of the book, what a delight it was to find that Steve Kirkham’s – Tree Frog Communication provided those services for this “Terrorific Tome”… Being a Graphic Designer (amongst other more horrifying things) I’m a huge fan of Mr. Kirkham’s exemplary work, and I’ve peppered this review with numerous examples of his outstanding and eye-popping graphics… If you are not familiar with his work on Wayne Kinsey’s fabulous catalogue of Hammer Films books along with the ongoing ‘Fantastic Films Of The Decades’ series from Peveril Publishing, do yourself a favor and seek them out! And let us not forget his brilliant layout and design work on the ‘We Belong Dead - Christopher Lee Tribute Issue 17 Autumn 2015’


If you, like your “Horrible Host”, are a fan of monster magazines, books, model kits, toys, games, trading cards, super 8 films and so much, much more, then this “Monstrous Missive” is a “Must Have For The Monster Kid In You!”…


To order ‘70’s Monster Memories’ direct from the publisher (outside the UK please inquire about postage before paying)
http://webelongdead.co.uk/product/70s-monster-memories/

Update: Dez Skinn has informed me that editor Eric McNaughton will be in Russia for approximately the next eight weeks so if you would like a faster turnaround time on the book (about 3 days for UK orders only) just use the following link... US distribution should be available soon but if you just can't wait to get your hands on it shipping charges to the USA are included in the listing as well...
http://www.ebay.co.uk/itm/70s-Monster-Memories-large-format-softcover-2015-408-colour-pages-/321957799420?hash=item4af62e25fc
Posted by George E Warner at 1:22 PM

To view the images, click on the image to enlarge. Close to return to the main page.